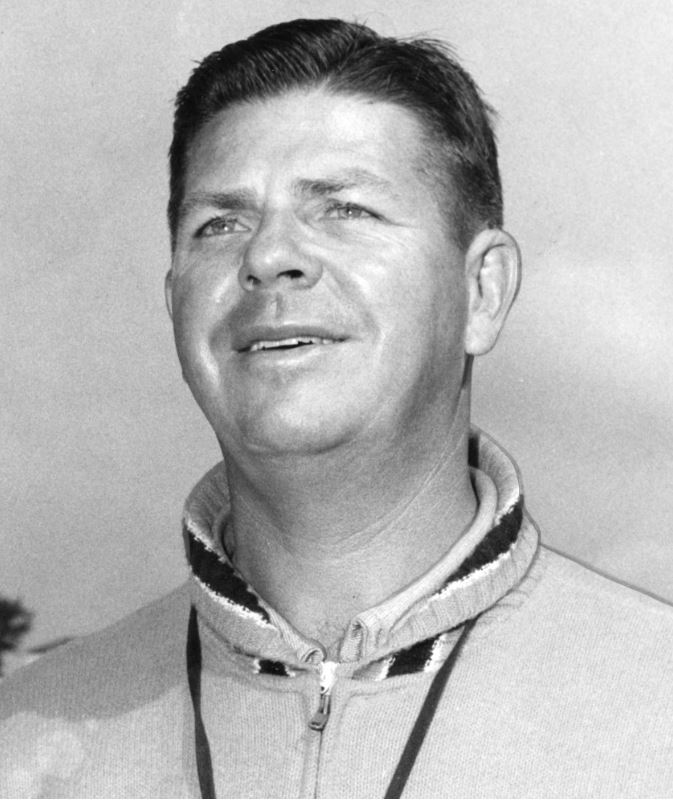 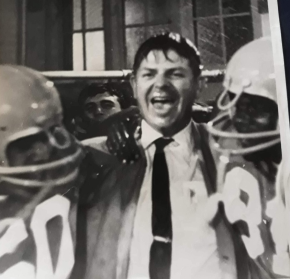 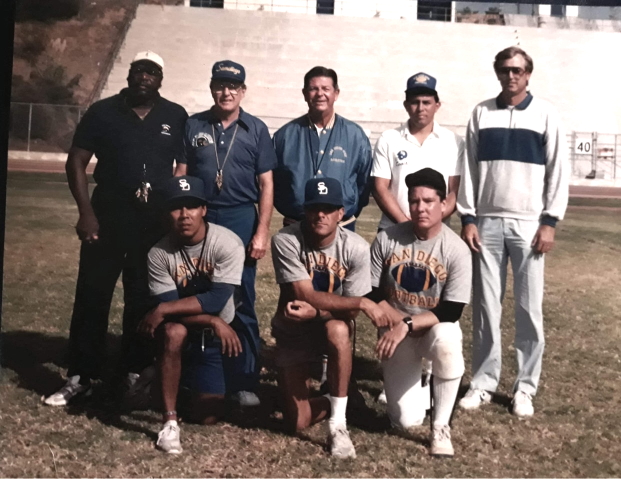 Coach Harris was laid to rest on Monday, August 17th

You can leave a message, express your thoughts and memories with the family at the

Neither were two, or three.

“After I retire, I’ll have time to work on some projects that interest me,” Harris said in 1991 after completing his third career as a coach and athletic director at San Diego High.

Before that, Allen “Scotty” Harris was a decorated Marine officer and the head coach of the powerful San Diego Marine Corps Recruit Depot team during a time when service teams rivaled some college teams.

After posting a 38-6 record in five seasons at MCRD — including a 2-1 record against Don Coryell’s San Diego State teams with back-to-back wins in 1962 and 1963 — Harris led San Diego High to a share of the large-school CIF football championship in 1969. The Cavers were 17-12-1 in three seasons under Harris.

Harris also served the Padres as a field events coordinator for more than two decades.

“What always struck me about Scotty was the smile on his face,” said Rick Smith, a San Diego sports historian and former Chargers public relations director.

Born in 1926 in Cleveland, Harris began his military career when he enlisted in the Marine Corps in 1943 at the age of 17. He earned the first of his four Purple Hearts when he was wounded in the Philippines in 1944.

Harris, who retired as a Major, also served in the Korean War and in Vietnam. As a member of the 1st Recon Battalion of the 1st Marine Division, Harris was among the “Chosin Few” — survivors of the Chosin Reservoir battle of 1950.

Between World War II and Korea, Harris left the Marines and attended Ohio State, where he played football. He also married his wife Sarah Ann while at Ohio State. Sarah and Scotty had known each other since first grade and were married 66 years when she died in 2013.

Another key number for Harris was 23. His Marine career spanned 23 years. His career in education spanned 23 years. And he also worked 23 seasons for the Padres coordinating pregame activities in Mission Valley.

Harris began his football coaching career in 1951 while stationed at Camp Pendleton. He later coached a service team in Hawaii before joining Bull Trometter’s staff at MCRD. Harris followed Trometter as the MCRD head coach in 1959.

The “city championship” game turned on a late pass interference call against the Aztecs. The game was the last in the series between the Aztecs and Marines. MCRD dropped its sports programs in 1964 during the Vietnam war.

“We had a number of very good players,” recalled Harris while he was coaching San Diego High. “Almost every athlete entered some branch of the service, so playing football at MCRD was a good alternative. We sent players to the pros and major colleges.”

Placekicker Herb Travenio and fullback Brad Hubbert joined the Chargers out of MCRD.

While coaching MCRD, Harris was also completing his Master’s degree at San Diego State. He taught one year after retiring from the Marine Corps in 1967. A year later, Harris, then 40, took over the struggling football program at San Diego High, where he also taught, was a counselor and served as athletic director.

After going 2-7 in the first year under Harris, San Diego High posted an 8-3-1 record in 1969 — tying Escondido 21-21 in the large schools’ CIF championship game at San Diego Stadium.

Harris stepped down as head football coach following a 5-4 season in 1970. But he coached a number of boys and girls sports over the next two decades, including his personal love of golf.

Services with military honors are pending.

Center is a freelance writer.