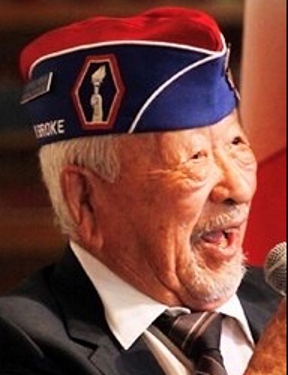 Mas served in the U.S. Army with distinction while his wife and family were incarcerated at Poston, AZ. A veteran of the all-Japanese American infantry, 100th/442nd RCT, Company C, Mas received numerous military honors including the Bronze Star and the Purple Heart. In 2011, the 100/442 RCT veterans received the Congressional Gold Medal. In 2014, Mas and other WWII veterans were presented with France's Legion of Honor medal. Life-long resident of San Diego, CA,