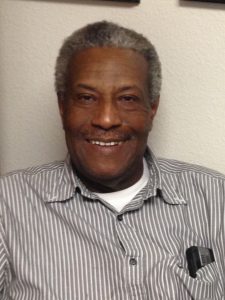 Roosevelt Brown came to San Diego in 1954 from Helena, Arkansas, with his mother and five siblings. He graduated from San Diego High School in 1961.

He graduated from Associated Barber College in San Diego, and in 1967, went into business for himself. Besides barbering, he owned a record shop and invented a line of hair care products. He is married and has four sons.

From 1973 until 2005, Brown worked for Solar Turbines as a parts inspector. Throughout the years, he attended classes at San Diego City College and San Diego State University.

Today, Brown is the coordinator and director of Reading Literacy Learning Inc., a nonprofit group he formed more than 20 years ago to encourage children to read. It was always Brown’s goal to instill the love of reading in children.

As a volunteer for Friends of the Library more than 30 years ago, he was given books left over from library book sales. He loaded them into his Chevy pickup and drove around southeastern San Diego distributing books to kids. “If a kid was standing on the corner or walking down the street we’d stop and give them some books,” Brown said in an interview with a San Diego Union-Tribune reporter. “I wanted to encourage them to get in the habit of reading.”

Brown founded the Children’s Book Party in 1980. Using corporate and individual donations, he and his volunteers collect thousands of new books at all reading levels to give away at the annual party. The goal of this enterprise is for children to build their own home libraries starting with a wide variety of free new books.

Over the years, millions of books have been given away at the Children’s Book Party. Ironically, Brown didn’t always love books. Growing up, he didn’t like school and wasn’t a good reader. As a youngster he had a severe speech impediment that made him dread school and avoid academic and social activities. His challenges in school provided the motivation for a mission that has benefited thousands of San Diego children over nearly three decades. 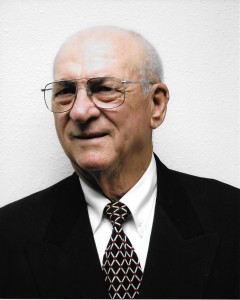 Pete was born to immigrants parents in Milwaukee and reared in San Diego. He graduated from San Diego High School in 1956.

SDHS Class of 1956, was born to immigrant parents in Milwaukee and reared in San Diego.

He attended Washington Elementary and Roosevelt Junior High. At SDHS he earned seven varsity letters in baseball (3), basketball (2) and football (2). He earned S.C.I.F. honors in football and baseball, and High School All America honors at quarterback on the No. 1 national team.

Pete attended the University of Oregon on athletic scholarships. He played baseball and football in college, and played in the 1958 Rose Bowl. He received a B.S. in business construction (architecture and business), and worked for Golden Construction Company as an engineering contractor.

He also worked for Solar Turbine as an industrial engineer. Gumina got his general contractor license in 1975. Gumina returned to school in 1966 and obtained a teaching credential and Master in Education at the University of San Diego.

In 1968 he began his teaching career in the San Diego Unified School District, teaching and coaching at Madison High School (2 years) and Patrick Henry High School (28 years). Gumina has been active in civic organizations such as the 20-30 Club International; he served as president of the organization and the Elks Club (1986-2000).

Since 2010, Pete has served on the Board of Directors of the San Diego High School Alumni Association. He is married and has five children and 10 grandchildren. 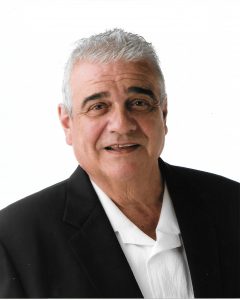 He is a native San Diegan, attended Washington Elementary and Roosevelt Junior High; he graduated from SDHS in 1964.

In his senior year he wrote for the Russ. He graduated in journalism from San Diego State in 1969. He joined the Army reserves in 1970 and was in the service for six years.

In 1971 Nick was hired as a copy clerk at the San Diego Evening Tribune. In 1974 he became a sports writer, and in the four decades since then, he has covered all sports for the Union-Tribune; prep football, San Diego State football and basketball, the NBA Clippers, and the NFL Chargers, and since 1984, he has been sports columnist.

Outside the field of sports, Nick has covered Democratic and Republican National Conventions three times. Nick is married and has three sons, and five grandchildren. 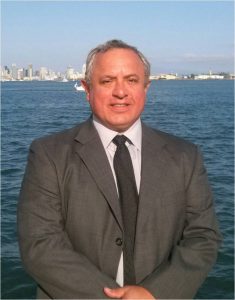 Jose has been active in the field of literacy since 1988. He has generated funds totally over $5,000,000 to support literacy efforts in Southern California; has served as a board member of ProLiteracy (the largest literacy organization in the world); the Downtown San Diego Lions Club; Foster Grandparents Program, Catholic Charities; Parent Institute for Quality Education; Juvenile Court Book Club; Diamond Educational Excellence Partnership (DEEP).

He has been president of Rolling Readers USA; the San Diego Branch of the International Dyslexia Association; the National Alliance of Urban Literacy Coalitions, and he has served on the Steering Committee/Governance Council of Laubach Literacy Action/ProLiteracy. 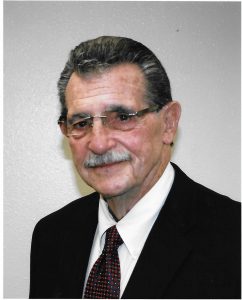 At San Diego High, Dini was involved in student government and baseball. He was a three-year baseball letterman and captain of the 1955 varsity baseball team. He was a 1954-55 Breitbard Foundation All League selection. Dini played professional baseball in the Baltimore Orioles organization.

He was general manager of Palomar Mountain Spring Water. Dini has been active in sports and civic organizations including Little League and the Southern California Senior Golf Association.

Since 2007, Dini has been a leader in the SDHS Alumni Association; he served three years as Association President. He has spearheaded fundraising efforts for refurbishing and beautifying the high school campus (especially the main court yard water fountain) and for raising funds for student athletes and campus groups attending national competitions.

He has been instrumental in the success of the Caver/Cardinal Golf Tournament and in the planning and development of the Carol Jackson Odgers History Center.