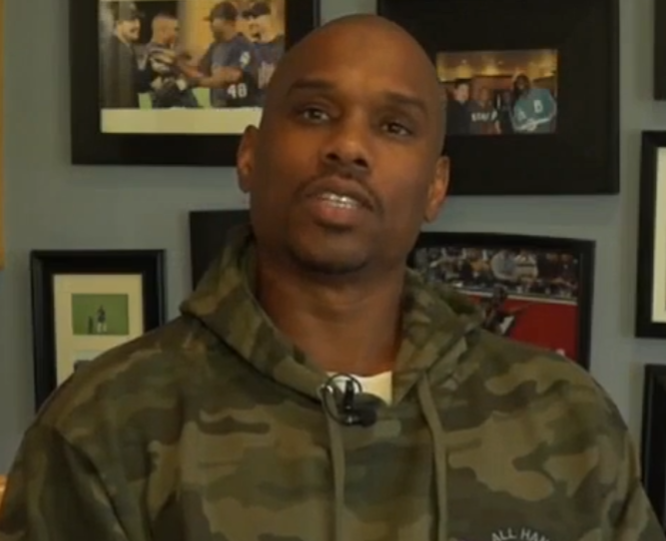 SAN DIEGO (KGTV) — Former Major Leaguer Jacque Jones grew up in Southeast San
Diego, and is giving back to the community.

He has started an organization called "All Hands on Deck," and it's about
grooming kids from his neighborhood for success, whether it's on the baseball
field or in the classroom.

Jones played 10 season's in the MLB but says his foundation was set during his
days at San Diego High School.

"San Diego High turned out to be the right experience and the best experience
for me to further my career in baseball," said Jones.

But his major league dreams came long before he was a Caver, saying, "I knew at
5 years old I was going to be a big leaguer," he added.

He went on to play at USC and was also a member of the 1996 U.S. Olympic team.
He was drafted by the Minnesota Twins and would play for four major league
organizations in his career.

"Yes, we won a bronze medal, which I say was disappointing, but I'm blessed in
the same token because not that many people can say they won an Olympic medal,"
Jones said, saying of his time in the MLB, "I enjoyed it and I played hard every
day. I was very grateful that I was blessed to be able to play in the big
leagues."

Bringing him to his new venture.

"Percentages for African American players is down to about 4%, which was 38% at
its height. I want to do something about it, and this is what 'All Hands on
Deck' is about. We all need to put our hands on these kids from the neighborhood
I grew up in, to make sure they have a chance to be successful," Jones said.

On Nov. 21, Jones plans to donate turkeys to San Diego High School families, as
well as families in the surrounding area. He will also be holding an auction to
raise money for his organization.

"I want to start this program to get kids back to playing baseball because it's
a beautiful sport," he says.