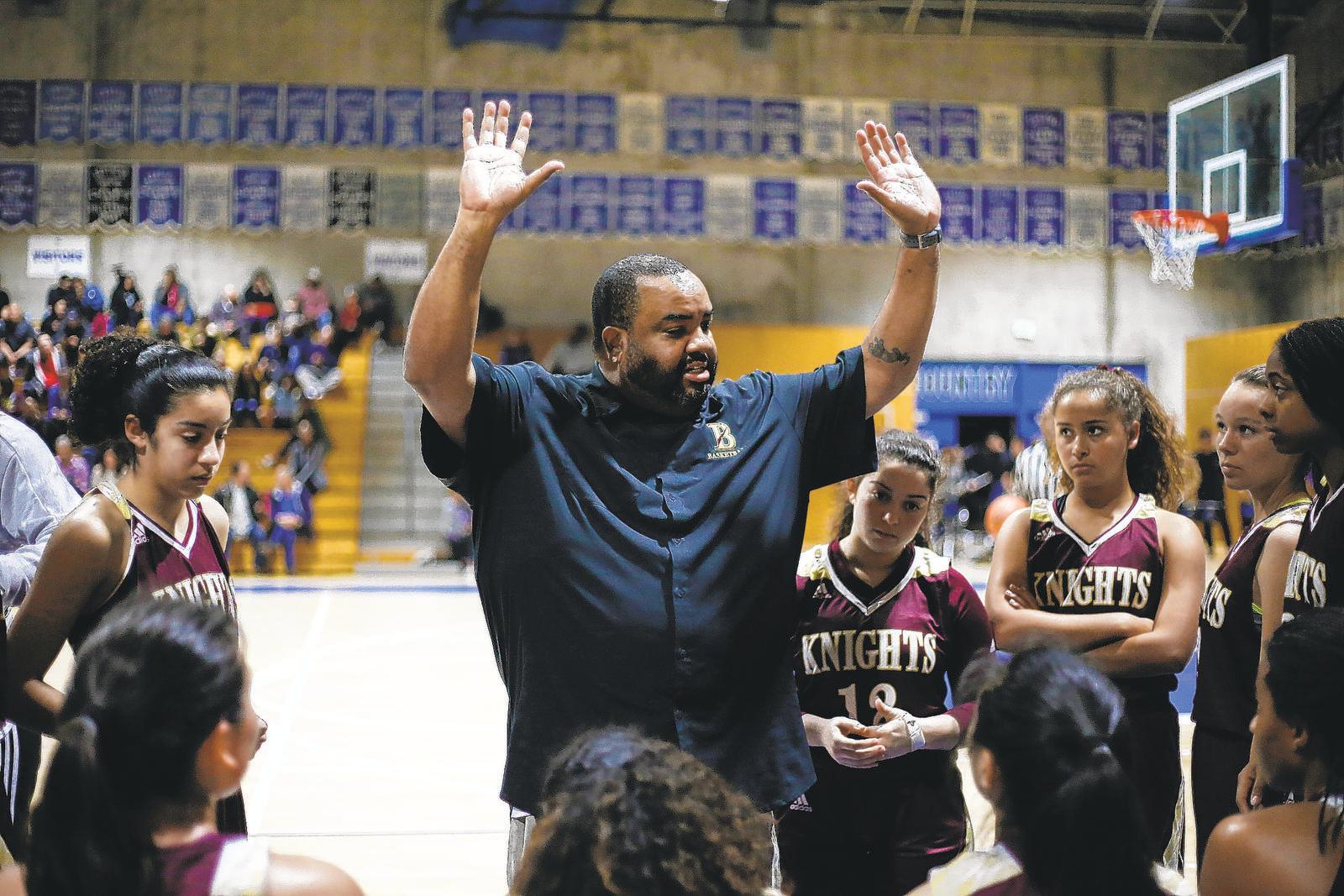 Marlon Wells readily admits he shunned the advice, and paid a steep price.

Despite warnings, just before Christmas, the longtime Bishop’s School girls basketball coach rented a house in Big Bear for a family get-away.

Great idea in normal times. Not so good in a pandemic, as all but one of the dozen family members came down with COVID-19.  “No way to tell who brought it to the gathering, but there were a couple of us who weren’t feeling well when we got there,” Wells said.

“But it was a family vacation and we got comfortable — no masks, no social distancing. “We had a nice house, it was snowing. We were there for a good time and to enjoy each other’s company.”

While nearly everyone in the family came down with the coronavirus, Wells was hit the worst.  He spent seven days in the hospital at Kaiser San Diego Medical Center in Clairemont.

“I got great care, and a lot of coaches from around the county and a lot of my former players checked in on me,” Wells said.  “It was uplifting to see people really care about you.”

All the good wishes, though, couldn’t help the symptoms.  He had a fever, a cough, lost his sense of taste and smell, had the chills and had a shortness of breath. His oxygen level sank to 84 when anything below 92 is considered dangerous.

“It was crazy scary,” Wells said. “And yes, the possibility of dying crossed my mind. “Fortunately, it never got to that point.”  He was never on a ventilator, but was on oxygen.

“As bad as I was, the doctors said I was better than 90 percent of the COVID patients.  At least I was talking.  “It’s scary to think 90 percent

of the people that come down with this had it worse than I did.”

After he was released from the hospital, Wells recuperated at home, returning to Bishop’s on Feb. 4.

One of the most-respected coaches in the state, Wells has more than 400 wins in stints at San Diego High and Bishop’s.  His San Diego High

“Before Christmas, our club team traveled all over — Dallas, Atlanta, Phoenix,” Wells said. “Who knows if the travel contributed to our illnesses?  “I do know that we let our guard down. We were carefree, did it wrong.  “I’m telling everyone that COVID is real.

“If you get it, it’s a long process, and you wonder if it will ever end.  “Be careful. And until you hear otherwise, wear face coverings, be careful, cut family gatherings short.  “Get vaccinated if you can because this will knock you on your butt.”