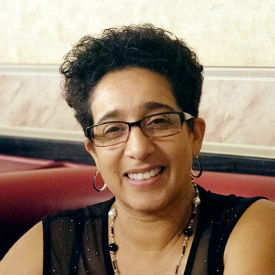 As there have been more requests for information about San Diego High School, I have been doing lots of archival digging and discovering some great jewels within our history center. I want
to share one of our artifacts with you.

In 1908 there was no high school in La Mesa, El Cajon, or Lakeside. Each school morning, we boarded the old S.D. Cuyamaca & Eastern R.R. for San Diego. Around 7 a.m. the train reached La Mesa and helped fill up a coach load of us bound for S.D.

The old depot at 10th & N, was reached in time for us to walk to the school. [1:15 train home & 5:15 Caboose on noon train].  On rainy mornings we spent our parents hard earned nickels and dimes to ride a streetcar transferring at 5th & D (Broadway). I recall being sent by a teacher with others of our group to the boiler rooms to dry out on rainy days.

Our class of 1912 was the first, I believe, to complete the four years in the new building.

Others
had started in the old “Russ” school which was used as a cafeteria while I was there. Our graduation in 1912 was in the old auditorium next to the study had with a reception later in the patio.

The stage was crowded to get us on the platform. Large numbers of us marched down Broadway to persuade voters we needed a new Poly-Hi-but it wasn’t there yet in 1912 when we graduated.

In order to sing with the girl’s glee club for programs in La Jolla and other schools, I often
stayed all night in S.D. with friends. About 1911, perhaps in Jan, I thought the world had come to an end when my parents refused to allow me to go into S.D. in the rain to sing with the Glee Club in National City. As it turned out, there was a severe storm - - street cars couldn’t run, and the concert was cancelled.

All Alumni, if you have any historical information, photos, stories, etc. about people that attended S.D.H.S., Please contact Yvette Porter-Moore at yportermoore@gmail.com or 619-768-3094.
Yes, we have a great archive, however, personal stories, memorabilia, photos, would really enhance what we already have.