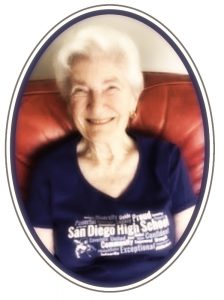 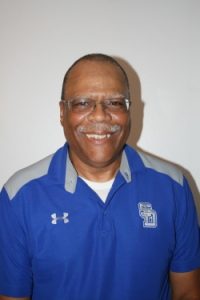 Eddie was President of the San Diego High School Key Club in his Junior and Senior years.

He received a scholarship from the Downtown Kiwanis Club for his involvement in the SDHS Key Club.

Eddie is the current President of the Alumni Association Board of Directors serving since 2012.

With the support of the Board of Directors and office staff, he upgraded the computers and software to update the membership database to help the office staff and serve the needs of the Alumni Association membership.

He also worked with the Audio/Visual class in putting together announcements on behalf of the San Diego High School Alumni Association and Foundation. 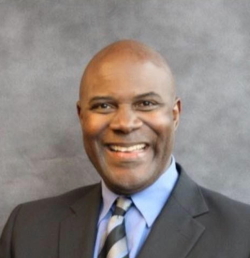 Frank captained the SDHS 1974 Football and Baseball teams.  He raised funds for a group that was "Helping the Youth of Southeast San Diego selling candy.

Help conflicts on campus when it came to inter-racial conflicts.

He represented SDHS with the mission to keep SDHS at its present location and gave a speech to San Diego City Council.  A battle that we won!

He graduated from UCLA, with a Bachelor of Arts Degree, Sociology, 1984

Then from National University, Masters of Science in Educational Administration, 2002 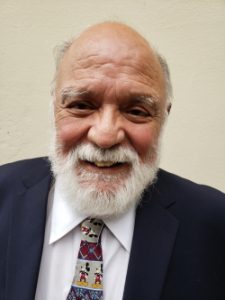 While at SDHS, Fred played football for three years. As a senior, he was awarded "AII City Center" - the best center in the entire city and league. He also wrestled and was on the swimming team.  Altogether, Fred left with five varsity letters.

He sang lead tenor in the Boys' Quartette for three years-and sang in the choir and boys’ glee too. He appeared in three all school shows.  Fred was a sports reporter for the Russ newspaper.

When you saw Fred, you also saw his ukulele, which was to be his for life and occupation. He is still recognized as one of the best ukulele players in the world.

Fred became a life member in the Alumni Association over 50 years ago. He was President of the AA, during the 90s.

He has supported the alumni in any way he could, such as getting shelving done for the AA library as a donation.

Fred was the chair of the San Diego Police

Athletic League for six years. Under his leadership, it grew to having over 20,000 at-risk young people involved. They did BIG events like having 500 basketball teams competing in tournaments at Qualcomm.

He was Chair of the Aztec Athletic Foundation (AAF) in 1987-88. During his time as the leader at SDSU, the school's football team beat BYU, won the WAC, and played in the Holiday Bowl.